Market researcher Nielsen reports that Google’s Android OS grabbed a greater share of recent smartphone sales than Apple’s iPhone did. Additionally, smartphones have now achieved a 25 percent share of the U.S. mobile phone market and are expected to surpass featurephones by the end of next year. 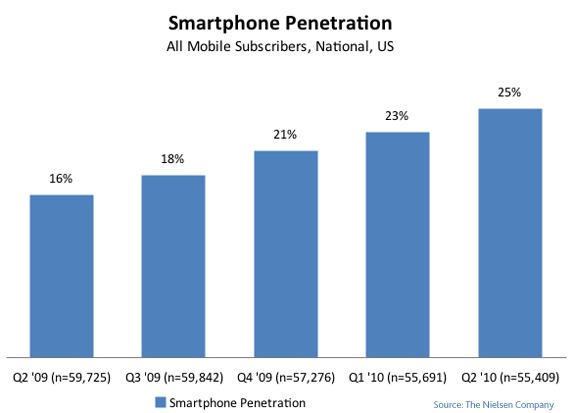 The chart above shows the smartphone segment’s growing share of the overall U.S. mobile phone market. If Nielsen’s predictions are correct, smartphones will begin to outnumber featurephones by the end of 2011.


Additionally, Nielsen’s data on the software architectures of newly acquired smartphones indicates that “while the iPhone has been the headline grabber over the last few years in the smartphone market, Google’s Android OS has shown the most significant expansion in market share among current subscribers,” states Nielsen. These trends are reflected in the chart below. 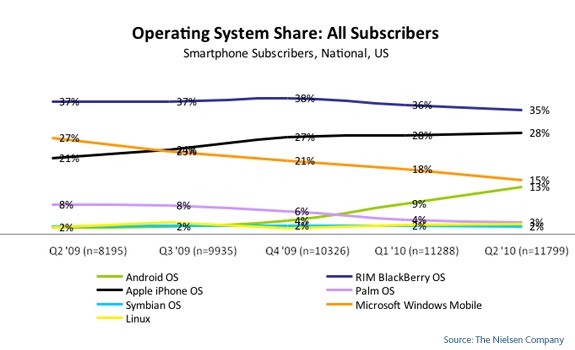 “Android’s rise is even more noticeable among new smartphone subscribers in the last six months,” adds Nielsen. In fact, Android actually surpassed the iPhone in the most recent quarter, garnering a 27 percent share of those recent smartphone subscribers as compared to 23 percent for Apple’s device. This is illustrated in the next chart. 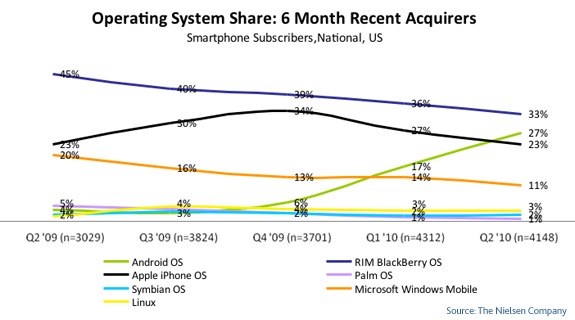 Despite these gains in Android market share, however, Nielsen reports that iPhone owners are the most loyal, as indicated in the chart below. 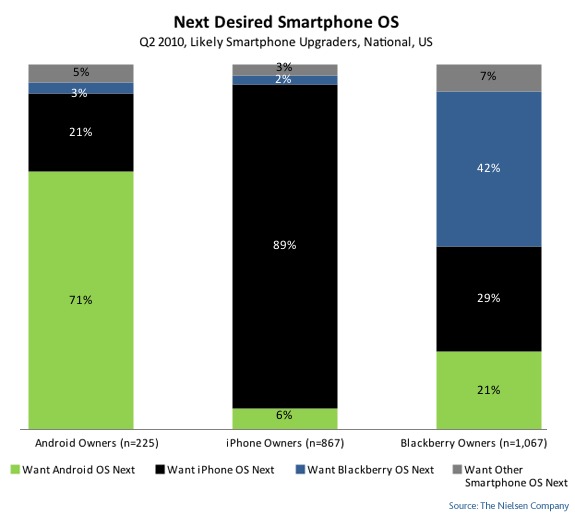 The following Nielsen blog posts offer additional insight into the firm’s views on the smartphone market: