Boxee v1 for PC, Mac, Linux due this Fall

Boxee CEO Avner Ronen has tipped plans for an upcoming update to the Boxee software for PC, Mac, and Linux desktops. Ronen says the update will bring the free Boxee A/V player more into sync with what’s available on D-Link’s Boxee Box device. Although, the downloadable Boxee software for desktops will continue to lag behind new releases of Boxee for devices, he notes.

In his post on Boxee’s blog, Ronen acknowledges that many users of the free Boxee software for PC/Mac/Linux desktops have been frustrated by the lack of updates over the past year. This, according to Ronen, resulted from the need to focus the company’s limited resources on developing, releasing, and cleaning up the Boxee software for dedicated Boxee Box devices. 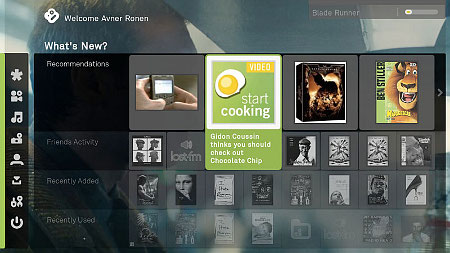 
Ronen says the company plans to “release an update for the downloadable version this fall, and hope[s] to keep it more up to speed with the CE version going forward.”

“We also hope to make the open source version of the downloadable version easier to use for people who want to build out their own versions of Boxee,” he adds.

That’s great news for users of the free version of Boxee for PC/Mac/Linux desktops!

“We are working to update the downloadable software version of Boxee and hope to have builds available this fall so you can enjoy the updated browser, improved playback, and lots more content that are currently available on the Boxee Box.

We know Boxee users on computers have been frustrated with the long wait and we want to be open with you about our priorities, growth, and the future of Boxee.

We started Boxee in 2007. Our goal was to make a box that people could easily plug into their TV to watch whatever they wanted from the Internet or their home network. After a while, we realized it was going to be very hard and expensive for us to build a box and decided the quickest way to get Boxee into the hands of users would be to release downloadable version of the software. A beta of Mac and Ubuntu versions came out in 2009 and we later added support for Windows.

While the downloadable software gained fans we never lost that initial dream of building a Boxee Box, so we were very excited to partner with D-Link and work together on making a Box. That decision in the summer of 2009 has given shape to the company Boxee has become.

The reason is simple — the effort to build the Boxee Box involved writing on a completely new OS, handling a totally different and more involved setup process, support for new security mechanisms, writing a new browser, integrating new hardware libraries for video, audio and graphics handling, and many more tasks. It was (and still is) an enormous task for a relatively small team, keeping in mind that we weren’t ‘starting from scratch’ — we were adapting a product and code base that already existed which is considerably harder.

At a certain point we had to focus everyone on the Boxee Box to make sure we hit deadlines. After launch we needed everyone working to address feedback and our own demands for where we wanted the product to be. All of it came at the expense of the downloadable version. The gap between the CE and computer version grew bigger. However over the past couple of months we’ve taken steps towards bridging that gap.

You can find the original post on Boxee’s blog, here.