Archive for the 'chips' Category

Recently I got bit by a nostalgia bug. With all the awesome power and capabilities of today’s 64-bit multi-core Intel and ARM SoCs, including seemingly unlimited processing power, it dawned on me that few of us realize what’s going on deep down at the level of the CPU chips’ internal registers. Which got me thinking about my first single board computer creation: the “8080 Abie.”
END_OF_DOCUMENT_TOKEN_TO_BE_REPLACED

LinuxGizmos.com, a website of the DeviceGuru Blog Network, has joined forces with KCK Media, publisher of Circuit Cellar magazine. The alliance will expand the site’s coverage of the rapidly evolving hardware and software technologies used in new and emerging embedded and IoT devices, while continuing its unique focus on the benefits of open source software and standards.
END_OF_DOCUMENT_TOKEN_TO_BE_REPLACED

One of most widely respected repositories of embedded and mobile Linux news and information has returned to the web as an archive hosted at LinuxGizmos.com.
END_OF_DOCUMENT_TOKEN_TO_BE_REPLACED

Cooler AMD CPUs turn up the heat on Atom

Posted in boards, chips, embedded, hardware, multimedia | Comments Off on Cooler AMD CPUs turn up the heat on Atom 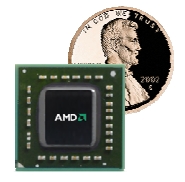