Sonos offers an interesting family of high-quality devices capable of playing audio streamed from a variety of Internet and local sources wirelessly throughout the home. I’ve just spent a few weeks getting to know the Sonos ZonePlayer S5 and 90 streaming-music players. How well did they perform?

The ZonePlayers are key components in Sonos’s grand scheme for wireless home audio entertainment, as indicated in the drawing below. 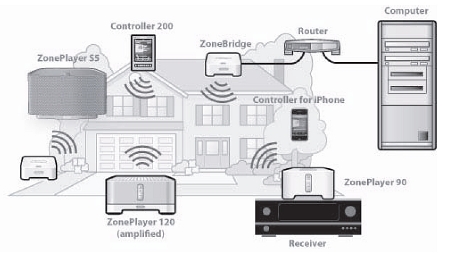 Sonos family portrait
As seen in the architecture diagram and family photo, above, a Sonos home entertainment setup could conceivably include quite an assortment of gear, including:

Although the architecture diagram (above) illustrates a complex, multi-device installation, a minimal Sonos setup consists of a single ZonePlayer, the least expensive of which is the non-amplified ZonePlayer 90, currently priced at $349.

On top of that, you’ll need a controller to operate the device, since the ZonePlayer doesn’t provide a “front panel” display or controls. Although Sonos provides free apps for controlling the ZonePlayer from a PC or Mac, it’s likely you’ll want some sort of wireless remote. Otherwise, why not just stream the content to your desktop PC or Mac and play it from there and save the expense of the dedicated Sonos sound player?

If you already have an iPhone or iPod Touch you’re in luck, since Sonos provides a free iPhone app for controlling its ZonePlayers wirelessly, and it works quite well. At under $200, a low-end iPod Touch can save you a bundle compared with the dedicated Sonos remote control ($349).

I tested both a non-amplified ZonePlayer 90 (ZP90) and the ZonePlayer S5, the one with built-in speakers. Here are photos of the two Sonos devices, along with diagrams showing their rear connections: 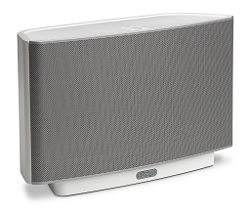 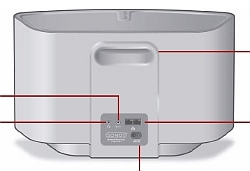 ZonePlayer S5 front and rear
(click each image to enlarge) 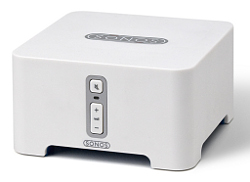 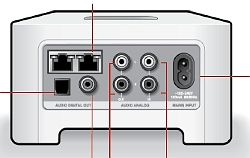 ZonePlayer 90 front and rear
(click each image to enlarge)


I connected the ZonePlayer 90 to one of my Yamaha RX-V365 AV Receiver’s optical inputs, and used my iPod Touch as the wireless remote control for the ZonePlayers, as illustrated below. In general, I was very impressed with the quality of the Sonos gear. It’s easy to setup and use, and the documentation is clear and thorough to a fault. 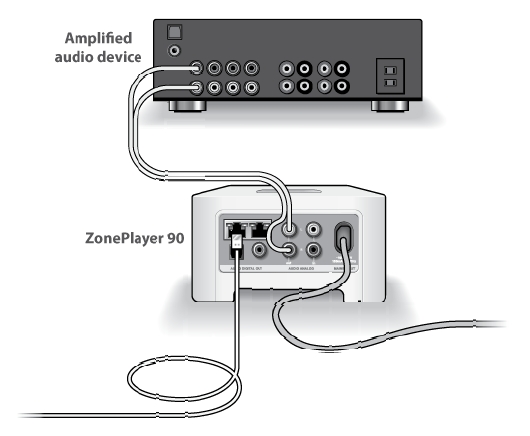 
On a personal note, I didn’t particularly care for the S5 (the one with the built-in speakers). For one thing, I prefer using a pair of “real” speakers. Despite Sonos’s claim that the S5 provides “crystal-clear, room-filling sound,” the S5 sounded a bit like a high-tech “boom box” with small, albeit reasonably good quality, built-in speakers.

Furthermore, since the S5’s left and right channel speakers are both located in the same compact unit, creating a decent stereo setup — for example on a bookshelf in a family room — requires configuring two S5s as a pair, and designating one as the left channel and the other as the right channel. At that point I’d rather have a ZP120 along with a pair of standalone speakers.

Below are some screenshots showing the use of the Sonos ZonePlayer via its iPhone remote control app. I’ve included many, but by no means all, of the ZonePlayer’s capabilities. Click each thumbnail to view a larger image.

Using Internet Radio on the ZonePlayers…

Using Pandora on the ZonePlayers…

Streaming from your local music library…

The good, the bad, and the annoying

From my brief experience with the Sonos ZonePlayers, I’m pleased to report that they’re well constructed and easy to use, and that they perform their functions well.

As with most complex products, they’re not without a few shortcomings, however. Here, then, is a summary of what I like most about the ZonePlayers, plus a few suggestions on how they could be improved.

Despite my suggestions for improvements, I highly recommend the Sonos ZonePlayers for users who don’t require features or functions that they currently don’t implement. In any case, since both the ZonePlayers’ built-in firmware and the remote-control iPhone app are updated periodically, it’s reasonable to expect new features and UI enhancements to show up from time to time.

For further details on the Sonos ZonePlayers and related accessories, visit the company’s website.