With a dizzying array of 7-inch Android tablets quietly penetrating the market this year, we wondered how well the lower-priced 7-inch tablets performed. ViewSonic’s ViewPad 7e ran virtually everything we threw at it, and did so surprisingly well.

According to product manager Mike Holstein, ViewSonic’s tablets fall into three categories: value, mainstream, and commercial. The ViewPad 7e we reviewed, which goes for about $170, represents the company’s “value” 7-inch tablet. It’s positioned as a solid, aggressively-priced device with basic functionality, and is primarily marketed to schools, explains Holstein.

While lacking some of the bells, whistles, and coolness-factor of Apple’s and Samsung’s latest tablets, the ViewPad 7e (pictured at right, click to enlarge) is hardly limited in what it can do.

Among its modest features, the ViewPad 7e runs Android 2.3.1 on a single-core 1GHz CPU, has a relatively low-resolution 800 x 600px display, is equipped with a resistive (rather than capacitive) touchscreen, and relies on Amazon’s (rather than Google’s) Android app market for its apps. We applaud its microSD slot, but bemoan its low-res screen and lack of GPS.

A table comparing the ViewPad 7e’s features and specs with those of several of its 7-inch Android tablet rivals appears in this DeviceGuru post.

The diagrams below show the location of the ViewPad 7e’s buttons and connectors. Unlike most current tablets, the device provides a set of four hardware buttons for the Home, Menu, Back, and Search functions.

The ViewPad 7e offers two homescreen modes: a standard launcher homescreen, and a gee-wiz 3D mode. Both homescreen modes are pictured below. The third image shows the tablet’s default set of apps as they appear on the “all apps” page.


The ViewPad 7e came preinstalled with this fairly comprehensive set of basic apps:

As with our Galaxy Tab 10.1, we opted to dispense with the ViewPad 7e’s standard homescreen look and feel. After downloading and switching to our favorite NASA nebula image wallpaper, we added a bunch of our favorite apps and utilities.

Although the device’s default app market is Amazon’s Appstore for Android, we preferred to “sideload” the apps we already had accumulated on our other Android devices. Doing this involved copying the desired apps (.apk files) into the tablet’s storage flash via USB, and then selecting each one using the preinstalled ES File Explorer app.

Of the apps we attempted to sideload in that manner, these are the ones that worked:

These three screenshots show all the apps present on the ViewPad 7e following this process.

All apps, including defaults plus sideloads
(click thumbnails to enlarge)

Thanks to Folder Organizer, all the apps on the device could be gathered onto two homescreens: the first containing 25 favorite apps, and the second containing eight folders of apps sorted by categories. You can find more discussion of Folder Organizer in DeviceGuru’s review of the Galaxy Tab 10.1.

Here’s how the ViewPad 7e’s homescreens looked after modifying the wallpaper, adding apps, and organizing the apps into folders as discussed above:

And here’s how each category folder looks, after you tap its icon to reveal what lurks within:

For some reason, Folder Organizer’s 1×1 folder widgets occupied more space on the screen than they’re supposed to, so that only two fit per row on the screen (unlike on our Galaxy Tab 10.1). As a result, our eight app folders consumed the space of 20 simple app-launchers. Still, the folder approach works well for providing quick-and-easy access to a large number of apps.

The ViewPad 7e had no problems streaming audio and video multimedia files from both UPnP and Windows shares on DeviceGuru’s LAN. UPnPlay deftly handled the former, while ES File Explorer handily managed the latter. Both are free apps in Google’s Android Market.

The ViewPad 7e’s built-in speaker has disappointing quality, reminiscent of pocket-sized FM radios. The speaker’s audio output is passable, though not particularly pleasant, for short newscasts or YouTube videos, or making Skype voice calls. But it’s far from pleasurable.

On the other hand, the tablet’s audio output quality is much better, when listened to via headphones or an external amplified speaker. 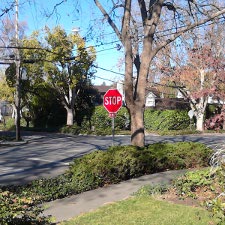 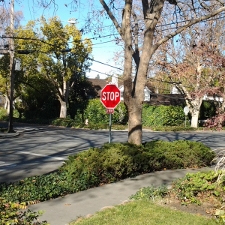 What about battery life?

How long will the ViewPad 7e run between recharges?

Holstein says ViewSonic avoids being precise about battery life since there are so many styles of using the device. In the 7e’s specs, ViewSonic lists “about 5 hours” as the expected operating time available per recharge.

Obviously, in actual operation, battery life will be somewhere between these two extremes, depending on what fraction of the time the tablet is under heavy load, light load, and idle. Based on our tests, it’s reasonable to expect the ViewPad 7e to function for 8 hours, assuming moderate use.

All in all, the ViewPad 7e is a bit thick and hefty relative to the thinness and lightness standards set by current generation Samsung and Apple tablets. Additionally, its screen lacks the pizzaz of those newer and higher-priced tablets. And then there’s the lack of a dual-core processor, Android 3.x OS, LED flash, and GPS.

However, in light of its combination of low price, decent quality, and comprehensive features (including 1080p HDMI output), the ViewPad 7e merits consideration by anyone desiring a mid-sized Android tablet on a tight budget. It’s more than adequate for web-surfing, texting, emailing, Skyping, accessing social networks, watching Netflix and YouTube videos, streaming Pandora and Internet radio, playing games, reading ebooks, and much, much more.