Roku has added a new, entry-level device to its popular line of streaming multimedia players. The $50 “Roku LT” is nearly identical to the recently introduced Roku 2 HD player, except it omits that model’s microSD slot.

According to Roku, the LT “looks very similar to the Roku 2 family, streams all 320 channels, and carries the familiar award-winning Roku interface.” 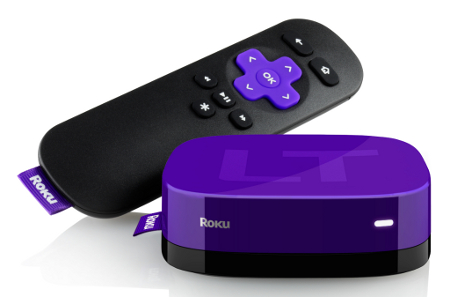 Like the recently released Roku 2 HD, “the LT offers high-definition at 720p via HDMI, it also features built-in wireless (b/g/n) and sports an A/V output for standard definition, so it will run on the new and the not-so-new TVs,” says Roku founder and CEO Anthony Wood.

Based on its periodic cost reductions, Roku seems intent on getting one or more of its streaming multimedia players into everyone’s home.

“We think the LT is the perfect streaming player for the first, second, or third TV in the house, and at half the price of the competition, it’s going to be tough to turn down!,” Wood suggests.

Roku’s multimedia streaming players are available from various online and brick-and-mortor retailers, with suggested retail prices from $50 through $100. Further info is on Roku’s website.