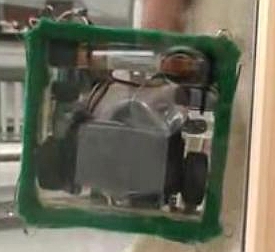 Winboni has drive wheels and a suction fan

According to the MSU team, the autonomous robot — dubbed “Winboni” — scrubs the window using felt pads as it’s driven across the glass by its powered wheels (visible in the photo above). The robot hangs on to the window using fan-generated suction. It measures 5 x 5 x 2 inches, and is powered by AA batteries. 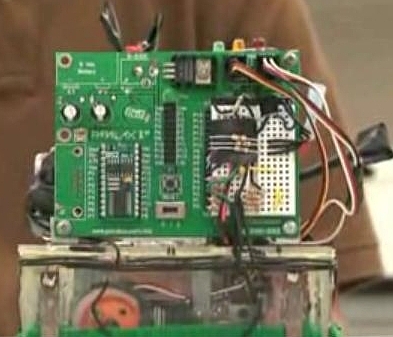 A centrifugal fan extracted from a DustBuster vacuum cleaner is behind the robot’s window-clinging suction, explains team member Emily Duszynski. An accelerometer detects the robot’s angle on the window, and sensors on on its edges determine when the robot reaches the window’s perimeter. 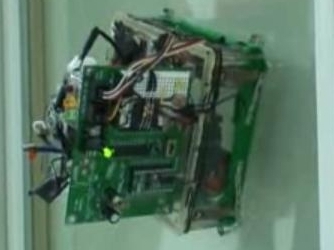 The MSU students report that it took them about 900 hours — and five attempts — to get Winboni to comply with the contest’s specifications.

The short video below shows their first-prize-winning robot cleaning a window.

The ASME’s 2008 Student Design Competition challenged student teams to design, build, and demonstrate a robot that could autonomously wash a residential double-hung sash window. The 2008 contest’s second prize went to a student team from Hong Kong Polytechnic University, while a team from Colorado State University took third. The finals took place on December 1, 2008 in Boston.

For further information on the ASME’s Student Design Competition, visit the contest’s website.