The UMPC is dead; long live the netbook!

Many of you may recall the March, 2006 launch of the much-hyped “Origami” devices by Microsoft and Intel. How is Origami — dubbed “Ultra Mobile PC” (UMPC) by Intel — doing these days?

As originally conceived by Microsoft and Intel, UMPCs were mini tablet-style PCs having the following key features and specs: 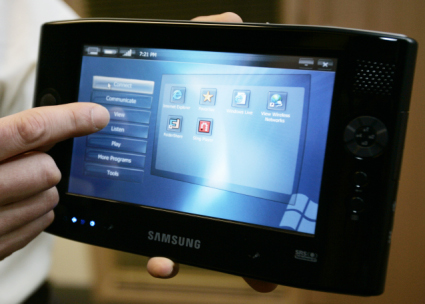 Samsung’s Q1 was the first “UMPC”
(Click to enlarge)

In the 2.5 years since the Origami/UMPC device category emerged, dozens of devices have come to market from Samsung, Sony, Fujitsu, Asus, HTC, OQO, and others.

Unfortunately, however, their price points have gravitated toward (or above) the high end target price range for UMPCs ($500 to $1000), as processor speed, memory size, and hard drive capacity have ballooned. One contributor to this situation, of course, was Windows Vista’s seemingly insatiable appetite for ever-more CPU, RAM, and HDD resources.

With prices like these, it’s no wonder the UMPC hasn’t taken the consumer market by storm. In short, the UMPC — as envisioned by Microsoft’s latest “UMPC with Origami Experience” description — appears to have collapsed under the weight of unbridled feature creep.

Intel, meanwhile, quietly dropped UMPCs from its marketing initiatives, choosing instead to focus on two new categories of ultra-mobile devices as targets for its low-power Atom processors and associated chipsets. Intel dubs these “mobile Internet devices” (MIDs) and “netbooks.”

When you’re Intel and you dominate the consumer desktop and laptop PC market, which account for annual shipments of about 300 million processors, but have virtually no presence in the mobile phone market (Intel sold its mobile phone-oriented XScale processor business to Marvel in June of 2006), which now consumes over a billion processors annually, what do you do?

On its website, Intel currently suggests the following general features and specs for pocket-sized MIDs:

So, how’s the MID market coming along?

Although ABI Research bullishly forecasts shipments of 50 million units annually by 2013, there appears to be little evidence that the MID market is really going anywhere.

In fact, about the only true MIDs to reach market appear to be Nokia’s N Series Internet Tablets. These devices, which debuted, some two years before Intel’s “invention” of the MID, have only met with limited success. 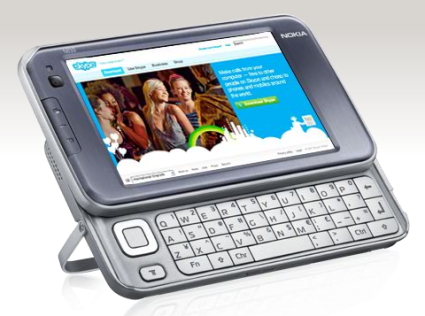 Key specifications of the latest Nokia MID, the N810, include:

Why hasn’t the MID taken off?

The main problem is this: consumers who want on-the-go Internet already carry a mobile phone around with them, and perhaps also an iPod. They simply don’t want to lug around yet another device.

So in June of 2007 — just a few short months after Intel launched the MID device category — when Apple began shipping iPhones, the air was let out of the MID balloon.

Recognizing the usatiated desire of consumers for an on-the-go mobile email and web access device, but at price-points significantly lower than what UMPCs seemed able to provide, Intel and Asus in June, 2007 jointly revealed an alternative to both UMPCs and MIDs. The “netbook,” exemplified by Asus’s Eee PC, debuted with models priced at $200 and $300.

Netbooks are essentially mini notebooks featuring with screen sizes from 5 to 10 inches, and powered by full-featured client operating systems such as Linux or Windows XP (not Windows CE). As their name implies, the devices are geared toward Internet-based functions, including web surfing, email, instant messaging, A/V content consumption, photo sharing, and social networking. 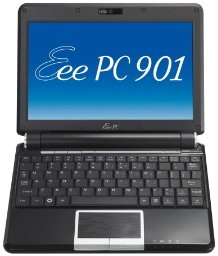 Subsequent to the debut of the first Eee PC, Asus has greatly expanded its netbook line. Additionally, netbooks have now been introduced by Acer, Dell, Everex, Fujitsu, HP, Lenovo, MSI, Sylvania, and other lesser-known players. According to Digitimes, Japanese consumer electronics powerhouses NEC, Sony, and Toshiba reportedly will all enter the netbook market soon — presumably in time for the 2008 holiday shopping season.

While Netbook specifications vary, Sylvania’s recently-announced G Netbook Meso offers an interesting example (although many netbooks use flash memory, rather than hard drives, for program and data storage):

Consulting the googlacle, it’s seen that netbook prices currently range from slightly below $300 for Asus’s entry-level Linux-based Eee PC; around $350 for entry-level models of both Acer’s Aspire one, Dell’s Inspiron Mini 9, and Sylvania’s G; $450 for Everex’s CloudBook CE1201V; and $550 for HP’s 2133. Not bad!

The lowest-priced models sport 7-inch screens and run Linux from flash, while higher-end models tend to provide bigger screens (up to 10 inches), offer more storage (including HDDs), and run Windows XP instead of Linux. The HP 2133, for example, has an 8.9-inch 1280 x 800 screen, packs a 120GB HDD, and (interestingly) runs a version of Novell’s SuSE Linux OS. Asus’s high-end Eee PC 1000H, meanwhile, is based on an Intel Atom N270 processor, has a 10-inch display, comes with an 80GB drive, and is offered with either Linux or Windows XP.

Netbooks provide all the features mobile connected consumers want in a convenient, easily-transportable package. The devices are great for surfing the web, checking email, communicating in real time using instant messaging or VoIP, and enjoying multimedia — all with minimal compromise relative to full-sized notebooks.

With dimensions around 9 x 7 x 1 inches, weights of roughly 2 pounds, screen sizes of 7-10 inches, and price tags starting below $300, netbooks provide a convenient, affordable means to stay connected and keep informed on the go. Plus, you don’t need a magnifying glass to browse standard web content, read emails, or view videos.

Comparing netbooks to the UMPC concept originally defined by Microsoft and Intel, it’s no wonder UMPCs have ended up in the scrap bin of device history. MIDs, meanwhile, fell victim to Apple’s excellent design and execution of the iPhone.

11 responses to “The UMPC is dead; long live the netbook!”