To boldly go where no TV has gone before

Who could resist? There we were at the Intel Developer Forum (IDF), checking out D-Link’s soon-to-be-released Boxee Box STB (set top box), when who should show up but LeVar Burton, well known as “Geordi La Forge” of Star Trek: The Next Generation.

So naturally, DeviceGuru came away with a couple of photos of Burton grokking D-Link’s Boxee Box… 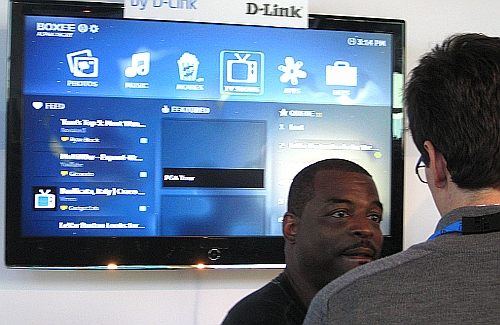 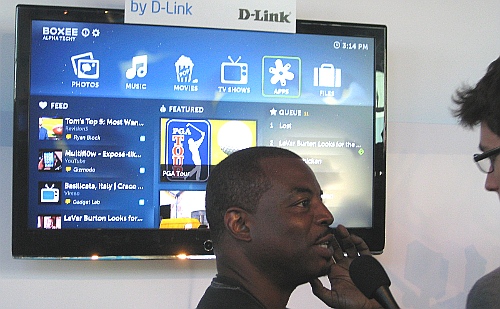 LeVar Burton, aka Geordi, checks out the Boxee Box

Burton was at IDF to host a technology session. In addition to his famed Star Trek role, Burton also played Kunta Kinte in Roots and hosted PBS’s Reading Rainbow, and also is a producer and director.

Those of us who are tuned into the emerging trend of watching and listening to Internet-streamed A/V multimedia on devices like the D-Link Boxee Box, the Roku Player, and the Syabas PopBox are well aware of where TV is boldly going!

Here’s a YouTube with more on the subject from Burton:

Ultimately, we opted to boldly go there together (click image at right to enlarge)…