Robot specialist Boston Dynamics has just received a contract from the U.S. Defense Department’s DARPA agency to develop two new robots. Atlas, a humanoid bot, will “climb and maneuver in rough terrain [with] human-like agility,” while Cheetah, a felinoid bot, will “sprint faster than a human, corner like a race car, and start and stop on a dime,” says the company.

According to Boston Dynamics, “Atlas will take the shape of a human being, with a torso, two legs, and two arms. It will move through difficult terrain using human-like behavior: sometimes walking upright as a biped, sometimes turning sideways to squeeze through narrow passages, and sometimes, when the terrain gets its nastiest, using its hands for extra support and balance.” 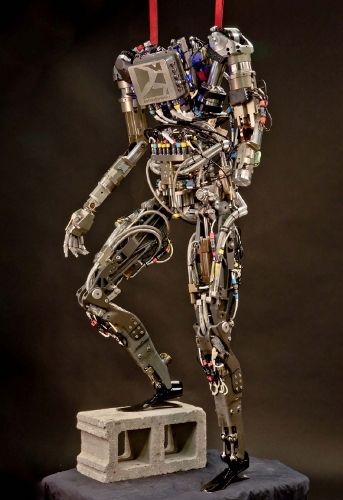 Petman, a forerunner of Atlas

Atlas reportedly will incorporate technology from the company’s existing “Petman” humanoid robot prototype, which is pictured above and is seen in motion below.

Boston Dynamics says Cheetah will feature “four legs, a flexible spine, an articulated head/neck, and possibly a tail. It will run fast: faster than any existing legged robot and faster than the fastest human runners. In addition to top speed, the Cheetah robot will be designed to make tight turns so it can zigzag to chase or evade, and it will accelerate rapidly, starting and stopping on a dime.” 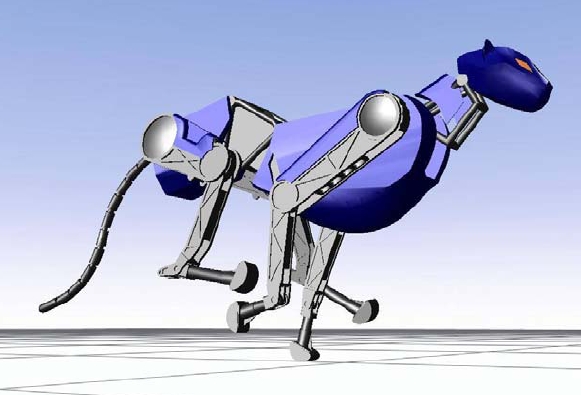 Cheetah is supposed to be able to outrun humans

The company says both Atlas and Cheetah will feature “dynamic agility,” whereby the system’s momentum is used to enhance mobility and overcome obstacles. “The robots will use momentum to bridge gaps, throwing or swinging themselves from one set of hand/foot holds to the next.”

“Unlike Honda’s Asimo and most other humanoid robots you’ve seen, Atlas will walk like a man, using a heel-to-toe walking motion, long strides and dynamic transfer of weight on each step,” explains Rob Playter, the company’s VP of engineering. “We have already achieved some advanced behavior in Petman, an anthropomorphic robot we developed for the Army, so Atlas will start out with a leg up on the problem by leveraging the Petman results.”

“For these programs to succeed we must develop robot hardware and software with the speed, flexibility and strength of athletes, and a more fundamental understanding of how legs work,” adds company president Marc Raibert.

Am I the only one who’s creeped out by this, or is it just that I’ve been watching too much Battlestar Galactica on my Roku box lately?