Lenny lights up an old laptop 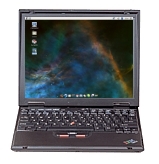 With the Debian Linux project officially designating “Lenny” as its new “stable” distribution, I decided to install it on an old Thinkpad to see how well it performed on a low-end machine. Without doubt, the results surpassed my wildest expectations!

The system I installed Lenny on is an aging Thinkpad X20 (type 2662-35U). It’s based on a 600MHz Pentium III CPU and has 192MB of SDRAM, a 20GB hard drive, and a CD-only optical drive. I’ve had good luck in the past with Debian on this and other under-resourced systems, so I had high hopes that Lenny would play well on it.

Below, I outline the steps I used to install Lenny on the Thinkpad, along with the sequence of configuration settings and hacks I employed to tune it to my liking.

I began by downloading the recently-released 32-bit x86 Lenny netinst iso image from the Debian project’s download page. After burning it onto a CD, I inserted it into the laptop’s optical drive and booted up into the installer, which looked like this: 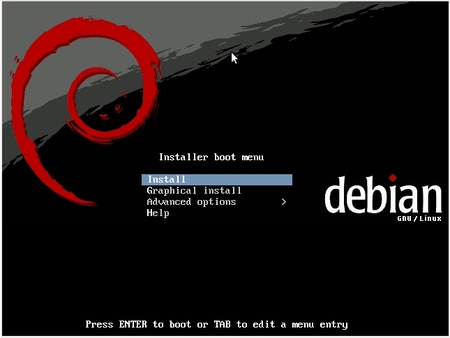 
I went with the default, non-graphical installation option, and hit the Enter key to start it going. These screenshots show how the process progresses:

After the base system installed, I selected the “Desktop environment,” “Laptop,” and “Standard system” as the package groups to be added to the system.

Of note, I did run into one problem when I first attempted the installation. The process seemed to freeze at 25 percent completion of the “Select and install software phase,” with the screen stating “Retrieving file 809 of 809.” After trying again — and running into exactly the same failure — I googled the issue and discovered I wasn’t the only one having this problem.

On a hunch, I tried selecting a different package mirror than the default one (ftp.us.debian.org) for my region. With a different mirror (linux.csua.berkeley.edu), the installation got past where it had frozen and completed without further incident.

At its end, I was prompted to reboot the system. It booted up into this log-in prompt: 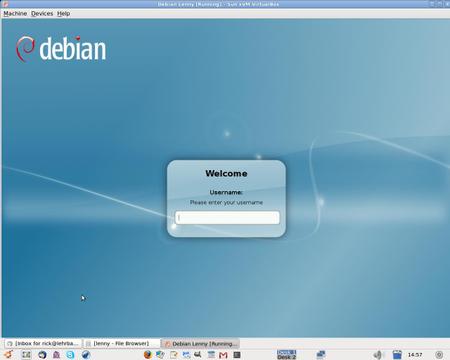 After logging in, I arrived on Lenny’s default GNOME desktop: 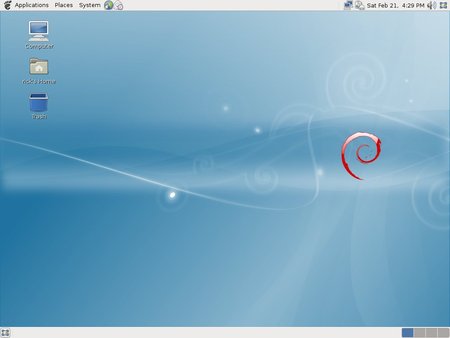 Now it was time to modify GNOME’s settings, add some software, and otherwise customize the system to satisfy my every desire. The following outline lists most of the changes I made. Note that, unless otherwise noted, all command-line steps listed are performed as “root.”

Next I modified the system’s software sources file, to expand the universe of available software:

This last step may result in quite a few updated packages being downloaded and installed.

Suffice to say, my decision to replace Iceweasel and Icedove with Firefox and Thunderbird always generates lots of debate and discussion. I just happen to prefer getting Mozilla and Thunderbird — two of the world’s most popular open source programs — directly from the group that develops it, so it’s always part of my Debian installation process.

Now, to make use of browser plugins that have already been set up by your Debian installation, you’ll want to create a symlink from /usr/lib/firefox/plugins/ to /usr/lib/mozilla/plugins/, using this pair of commands (as root):

Incidentally, on my installation, the default flash plugin that came with Lenny (flash-mozilla.so) required me to click a large play button (shown at right) each time I visited a web page that used flash.

To remedy this, I cruised over to Adobe’s flash plugin download page and downloaded Adobe’s flash plugin for debian, and then installed it with the command, “dpkg -i install_flash_player_10_linux.deb” (as root). That plugin (flashplugin-alternative.so) works much better.

The procedure for installing Thunderbird is similar to that for Firefox:

Lenny’s package manager (Home > System > Administration > Synaptic Package Manager) can be used to accomplish these next steps. However, I prefer to do it from the command line in order to speed the process along.

Here’s a command that does the trick (as root):

Two notes regarding the above:

After the above steps, the Lenny installation occupied 3.9GB on the Thinkpad’s hard drive.

There were, however, several key respects in which the process I used on Lenny — and the results — differed from what I did on Ubuntu 8.10. Specifically…

Other than these points, I followed the general procedure from my earlier article about installing wbar and prism on Ubuntu. You’ll probably want to review that article for more details.

Following all this, here’s what the Thinkpad’s desktop looked like: 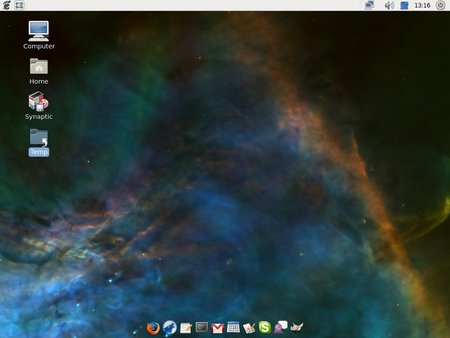 Here are some additional screenshots showing the prism app creation tool; Gmail, Google Calendar, and Google Docs running as prism apps on the desktop; and more:

Overall, I’m pleased to report that my installation of Debian’s new “stable” release (aka Lenny) on the Thinkpad was relatively painless, and everything I’ve tried so far works well, including these important laptop functions:

Despite being based on a 600MHz Pentium III CPU and just 192MB of SDRAM, that tired, old, under-resourced laptop truly has a new lease on life.

Special thanks go to all the hardworking folks who contributed to Lenny’s development! It’s been a while coming, but well worth the wait.


33 responses to “Lenny lights up an old laptop”