[Updated Sep 21, 2012] — Although it’s not without passionate supporters, Unity, Ubuntu’s new default user interface has generated considerable controversy and consternation among faithful Ubuntu users since its introduction last year. For those who prefer a traditional GNOME desktop, this post provides a straightforward method of setting up and configuring a current Ubuntu desktop based on GNOME 3’s “Fallback” mode, which works with both Ubuntu 11.10 and 12.04.

What’s so special about Unity?

Ubuntu’s new default Unity user interface marks a dramatic departure from the GNOME desktops of earlier Ubuntu releases. According to Canonical, the distribution’s commercial backer and the instigator of Unity, the new shell brings a more modern “visually rich” graphical user interface to the desktop — one that was “inspired by smartphone and tablet design thinking.” 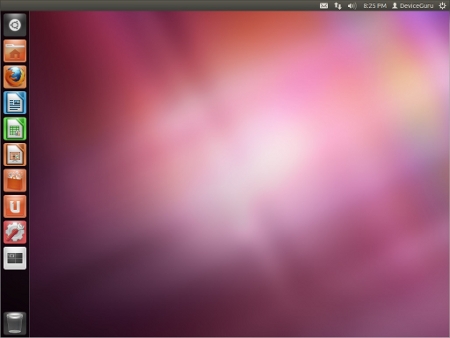 Unity’s clean workspace has a launcher on the left

Canonical’s hope in creating Unity was for a single user interface to be usable on all types of personal computers, including netbooks, notebooks, desktop PCs, and tablets.

In addition to being a departure from past GNOME desktop designs graphically, Unity is also an attempt to “move away from traditional interfaces, embracing fast and powerful search as the best way to find applications and files,” explains Canonical. “This is a trend that comes to Ubuntu from the Web, where users have come to prefer search as the starting point for most journeys. Searching is hosted in the dash. The dash brings files, applications, music and video together in a single location. It’s all searchable through the same bar.”

But do users really want this? Can a common UI really be equally efficient both on mouse-and-keyboard oriented desktops and laptops, and on touch-based tablets? Are users ready to fundamentally alter how they interact with their systems, both graphically and operationally?

As it turns out, many diehard Ubuntu users have tried Unity and rejected it, preferring to stick with the more traditional GNOME desktop style of previous Ubuntu releases, which they’ve been efficiently using for many years.

The question of whether Ubuntu’s switch to Unity as its default UI was a good or bad idea will be answered by its success or failure in the marketplace. But for now, the move certainly seems to have shifted momentum in the direction of Linux Mint 12, an OS that leans on current Ubuntu (and Debian) packages — but avoids Unity entirely.

Rather than suggesting a switch to Linux Mint or other non-Unity Linux distributions, this post shows how you can easily use standard Ubuntu (v11.10 or later) without Unity, by installing a few packages and tools, and tweaking some configuration settings. Although your preferences will probably differ from what’s recommended below, you’ll end up with the tools to tune your Ubuntu desktop’s look and feel to your liking.

For more background on Unity and on Canonical’s controversial decision to make it Ubuntu’s new default shell, check out these resources and articles:

One of Linux’s many strengths is that it’s highly configurable and flexible. Accordingly, what appears below is just one way to configure a fresh Ubuntu installation to work without Unity, and in a vaguely Windows-like style. The overall procedure involves installing GNOME Fallback mode, adding a few tools and desktop themes, reconfiguring GNOME’s notification and task panels, and tweaking some settings.

As you’ll soon see, the suggested configuration implements a desktop that features a pair of thin, horizontal panels at its bottom. The upper one is a traditional GNOME taskbar, while the lower panel provides docking space for a main menu button, launchers for a few favorite apps, a status widget tray, and several system control buttons. Alternatively, you can easily setup a more “normal” (pre-11.10) Ubuntu configuration with a taskbar at the bottom and a menu/status panel at the top. The choice is yours!

Oh, and before I get flamed in the comments, I want to make it clear that none of what appears below is my invention — it’s simply a matter of aggregating tips and procedures found elsewhere. Surprisingly, it took a fair amount of googling and experimentation to come up with — and test — a simple procedure for configuring Ubuntu 11.10 or 12.04 to work more-or-less like Ubuntu 10.10.

For starters, grab the appropriate 32- or 64-bit Ubuntu ISO image for your system from Ubuntu’s download page and burn it onto a CD or DVD. After backing up your valuable data, boot from the Ubuntu disc.

You’ll be offered the option of either trying out the OS without installing it, or beginning the installation immediately. Once you’re ready to began the install, start the process and respond to the few prompts from installer. For typical single-OS or dual-booting installations on desktop PCs and laptops, it’s quick, simple, and straightforward.

Here are a few screenshots of the process:

After your installation is complete and you boot up Ubuntu, you’ll arrive on its Unity desktop. The screenshots below provide a quick tour of some the basic features of Ubuntu’s Unity desktop. For more details on Unity and its features, refer to the references listed above.

At this point, you’ve created a dual-lower-panel GNOME desktop. The upper of these two panels contains a tray where tabs will appear corresponding to each app you open. The lower of the two panels needs to be configured next. The following steps will add an apps/places menu button, shut-down button, space for docking favorite app launchers, status notification area, and volume and trash widgets to the lower panel:

Here’s how your Ubuntu GNOME Fallback desktop might look following the above procedure steps: 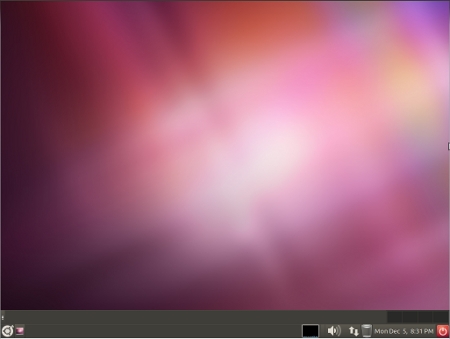 Tailoring and dressing up the desktop

We’re nearly done. Let’s go through a few additional steps to further tailor the system to our needs…

Here’s how our Ubuntu GNOME Fallback desktop looks at this point: 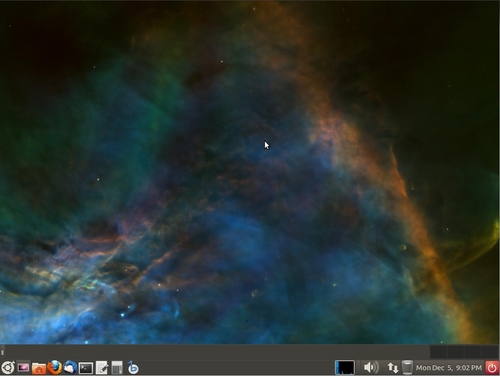 So that’s it! We’re done. Here’s how our finished Ubuntu desktop looks: 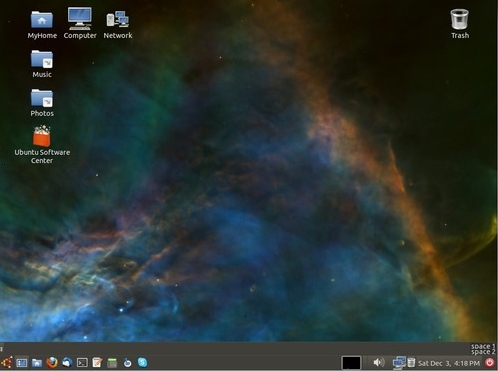 The screenshots below illustrate many of the steps of the configuration process described above.

Here are some screenshots showing our modified Ubuntu GNOME desktop:

All this, and Unity too!

It’s important to realize that, although we created a modified GNOME desktop similar to the GNOME desktops of Ubuntu 10.x and earlier, we haven’t eliminated Unity from the system. As you can see in the screenshots below, you still can logout of your modified GNOME (“GNOME Classic”) desktop and then login to the Unity desktop to see what you’re missing and familiarize yourself with it (select “Ubuntu” from the gear symbol dropdown when logging in). And then you can return to the modified GNOME desktop by logging out of the Unity desktop and selecting “GNOME Classic” from the gear symbol dropdown when logging back in.

Whichever shell you were using during your last desktop session is what comes up when you login next time, unless you select a different shell from the gear symbol dropdown at the login prompt.

Who knows — in time we all may come to love Unity!

You can download the free Ubuntu operating system from the Ubuntu.com download page. If you prefer moving to an alternative, a ready-to-use, non-Unity GNOME/Linux distribution derived from both Ubuntu and Debian Linux packages is available for free download from the Linux Mint website. For more details on Unity, visit Ubuntu.com’s main Unity page. For additional GNOME 3 themes beyond the Blue Ambiance one referenced in this post visit the Gnome Look website.

60 responses to “Ubuntu without Unity”